State agency scientific satellites are usually placed in orbits, with a height above the planet’s surface of nearly 700 kilometres. A satellite in such an orbit circles the Earth several times a day. Flights over the daily half of the planet take place around 10 AM local solar time.

Once launched, the orbit does not change. The satellite orbits at a regular pace. To see planned flyovers, take a look at the calendar on the SatAgro “Desktop”: flyovers are marked with a satellite icon. If we managed to get an image (no clouds), it is recorded in the calendar with a camera icon. 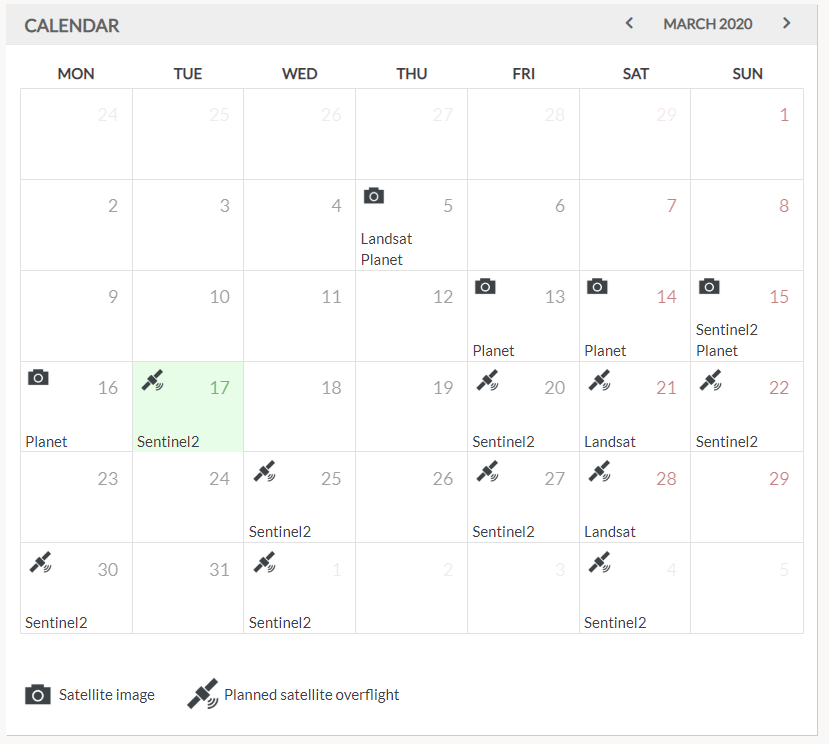 Satellite images and the vegetation index – what do satellites measure? Private weather stations

Register and check our application. 1 crop field up to 120 ac for free.

Check out how our application looks and works.